Gold for the nostalgic souls

Some twenty or twenty five years ago, together with other journalists, I pleaded for an extremely useful book… The book finally comes out now, due to an Architect, Dan Manea, who is, as I found out, one of the best known architects within Prahova Valley region, a man who restored many things there… Anyway, we are talking of an album, “Sinaia. The City of the Elites”, which pictures almost 130 villas, together with their history. The buildings are larger or smaller and belonged to famous historical personalities like George Enescu, Iorga, Take Ionescu, I. G. Duca, Kogălniceanu, Simu, Boierescu, Slătineanu, Oteteleşanu, Romanov, Bibescu, Lascăr Catargiu, Boliac, Carol Davila, Urechia, Argentoian, Parhon, Caragiale, Nicolae Grigorescu, Alexandri, Grigore Alexandrescu, Vlahuţă, Coşbuc, Eminescu, Cincinat Pavelescu, Sadoveanu, Noica.

Here is virtually everything! History, administration, architecture, entrepreneurship, the Casino, Enescu’s villa in Cumpatu, Iorga’s villa where the Legionaries took from…

Here is a surprise for you. What does the book written by Mr. Architect include? There is this map! Pure gold for nostalgic souls… We have the whole city map. I can picture myself and my wife walking on all streets, on Aosta, on Carol Boulevard, in order to decipher the locations of these villas and houses, and to talk about them further on. There is the map on the back and – here we go! – the huge poster on the front, with 127 houses pictured from a city which is the city of our youth, our adult age and our old age. A truly royal city!

Read below the transcript of the whole broadcast.

The transcript of the broadcast:

Some twenty of twenty five years have passed by since, together with other brothers’ journalists, I pleaded for the appearance of an extremely useful book. Some two or three years ago I could see Andrei Pippidi able to coordinate such a book, and even under sumptuous circumstances, because I felt it was unacceptable for us to walk through Sinaia and find all sorts of villas (without knowing whom they belonged to – our note). A city where the whole high-life had its own villa since Carol the First built Peles Castle. And, finally, due to a certain mister architect, Dan Manea, whom I found is one of the best known architects within Prahova Valley region, END_OF_DOCUMENT_TOKEN_TO_BE_REPLACED

The most comprehensive book on Sinaia since Gheorghe Nistorescu’s monography was launched on March 19th at Casino Sinaia. “Sinaia, Oraşul Elitelor” is written with the soul by a declared lover of Sinaia. Carrying the aroma of old chronicles inside it, the book tells the extraordinary growth story of the city that would receive the important role of Romania’s summer capital. Readers are suggested a recourse to the values of the past; they are offered landmarks for a corresponding future. More than 1,000 old and new pictures, many of them showed for the first time, graphically crown the stories about people and remarkable events. Coming out after 20 long years of documentation research, the book lies on the border between a monography, a travel book and a photo album. “Sinaia-Oraşul Elitelor” is signed by Dan Manea, a connoisseur of this city history, a man who loves Sinaia, a mountain passionate and a pioneer for many of the actions taken in order to restore the true value of the buildings and historical monuments alongside Prahova Valley.

“This book is an invitation for anyone to travel through the halls of this huge open space museum called Sinaia: The Pearl of the Carpathians, the capital of Romanian tourism, the holiday resort with two Royal railway stations where the famous Orient Express stops, the Royal residence city or the summer Capital of Romania, as the city was called in time. One cannot see the true value unless he or she knows the motto that guided me in my wish to unveil for all those wanting to discover, beyond what anyone can see, what this city truly means and the unique way it enriches the universal patrimony,” Dan Manea says. END_OF_DOCUMENT_TOKEN_TO_BE_REPLACED 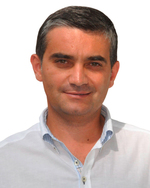 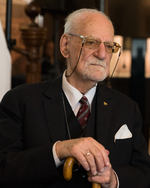 END_OF_DOCUMENT_TOKEN_TO_BE_REPLACED

150 years of history seen through an architect’s eyes

“Sinaia, Land of the Elites”, an ambassador-book for national values

Beginning with September this year, Sinaia, the city that includes most architectural monuments per capita in Romania, will have its own “ambassador”! An ambassador irremediably in love with this city! Written with the soul, the book called “Sinaia – Oraşul Elitelor” tells the extraordinary story of the settlement that gradually became Romania’s summer capital, one of the favourite destinations of the elites, a location where the famous Orient Express stopped, a meeting place between European royal families and host of many Continental amplitude events. Architect Dan Nicolae Manea, the author of the book, free of mannerly and easily carries his readers into space and time forays that will irremediably change their image on Sinaia, Romania, traditions, culture and personalities that marked their evolution.

The book surprises by the novel perspective an architect vision offers upon his hometown. The author brings memorable events in the last 150 years to surface and impresses the reader with the amount of published information and pictures, many of them for the first time, as well as with the passion and generosity he shares the perpetual values that put Sinaia on Europe’s most important cities map with the reader. END_OF_DOCUMENT_TOKEN_TO_BE_REPLACED

A graduate of the “Ion Mincu” Institute for Architecture and of the Design department of the Popular Arts School in Bucharest, architect Dan-Nicolae Manea is one of the best known and most valued architects within the Prahova Valley area.

His name is connected to several educational and safeguarding initiatives regarding architectural monuments, which include: the “Give one penny for Caraiman” campaign, for restoring the Heroes Monument on Caraiman Peak, the “Restitutions” program regarding the restoration of urban furniture elements from King Carol I era (the stone benches in Sinaia, Buşteni and Azuga, the fountain near Sinaia Monastery, the stone cross on Molomot), the restoration of Ion Florescu chapel and the accommodation of Alina Ştirbei park.

More than 30 years of continuous practice as board architect generally specialised in mountainous architecture, but mostly in residential programs.

Loyalty toward the customer, the contributors and the community.

With all he accomplishes, Dan-Nicolae Manea aims to promote the highest ethical and professional standards by a behaviour which simultaneously shows modesty and reputation.

Founding member of the Architects Order in Romania

Member of Urbanists Register in Romania and Architects Union in Romania

President of Rotary Club Prahova Valley between 2015 and 2016

President of the Reviva Foundation and the Architects’ House Association

Initiator of the “Salvati Sinaia” monitoring and information campaign; he wrote more than 100 weekly stories in the local media. With a relaxed style, breathing passion for preserving national values, Dan-Nicolae Manea constantly invited his readers to join him in space and time forays that changed forever the latter perspective upon the role played by Sinaia inside the European space.

The BCR offices in Predeal

More than 50 villas and holiday residences in Sinaia, Busteni and Predeal

Almost naturally, given his vast experience gathered as an architect concerned about the community he lives within and his passion for Sinaia and the natural beauty surrounding it, architect Dan-Nicolae Manea gathers a new title: the author of the book called “Sinaia-Oraşul Elitelor”

“Since childhood I never wanted anything else but to become an ARCHITECT, although sometimes I get the feeling I might practice any job in very good terms.”